According to Howard Balzer, the Los Angeles Chargers worked out four kickers and one long snapper on Tuesday.

The full list of tryouts for the Chargers includes:

According to Field Yates, the Chargers are signing K Travis Coons to their practice squad.

Coons, 25, originally signed on with the Titans as an undrafted free agent out of Washington back in. Tennessee waived him at the start of the season but later signed a futures contract with the Browns.

Cleveland re-signed him as an exclusive rights free agent in April of 2016 but was waived during the preseason. Coons signed a deal with the Rams, but eventually cut him loose. The team re-signed him but waived him as they trimmed their roster down to the 53-man limit.

Koehn, 25, wound up signing on with the Dolphins as an undrafted free agent out of Iowa back in 2016. He was waived coming out of the preseason and unfortunately sat out the entire 2016 season.

The Vikings signed him to a future/reserve contract this past January but he was once again cut loose at the start of the regular season. The Bengals recently signed him to their active roster before waiving him last week.

In 2017, Koehn has appeared in one game and converted one extra point attempt. 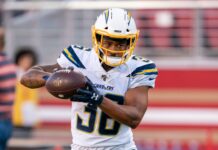 186,569FansLike
7,623FollowersFollow
275,950FollowersFollow
© NFLTradeRumors.co is an independent news source and has no affiliation with the National Football League (NFL), NFL.com, or any team(s).
wpDiscuz