Mike Garafolo of NFL Media reports that the Bears are set to sign veteran DE Mario Edwards to a contract on Sunday. 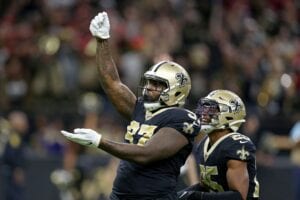 Edwards, 26, is a former second-round pick of the Raiders back in 2015. He was entering the final year of his four-year, $6.017 million rookie contract when the Raiders cut him loose during the 2018 preseason.

He was quickly claimed off of waivers by the Giants in September and played out the season in New York.

The Saints signed him to a two-year, $5 million deal in March of last year and was entering the final year of his contract when he was released on Saturday.

In 2019, Edwards appeared in 14 games and recorded eight total tackles, two tackles for loss, three sacks, and one forced fumble.