According to Mike Garafolo, the Bills are signing veteran CB Xavier Rhodes following a successful visit on Tuesday. 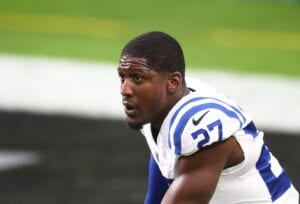 Rhodes, 31, was taken with the No. 25 overall pick in 2013. He played out the final year of his four-year, $7.402 million rookie contract when the Vikings picked up his fifth-year option.

From there, he agreed to a six-year, $78.126 million extension with $41 million guaranteed back in 2017. However, the Vikings released Rhodes last year and he eventually signed a one-year contract with the Colts. He signed another one-year deal worth up to $6.5 million with Indianapolis for 2021.

In 2021, Rhodes appeared in and started 13 games for the Colts and recorded 39 tackles, one interception, and seven passes defended.