Mike Klis reports that the Broncos have reached an agreement with RB Mike Boone on Wednesday. 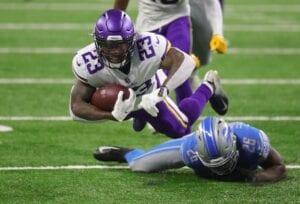 According to Tom Pelissero, Boone receives a two-year contract that includes $2.6 million guaranteed and a $1.6 million signing bonus.

The Vikings declined to tender Boone a contract as a restricted free agent this offseason.

Boone, 25, signed on with the Vikings as an undrafted free agent out of Cincinnati back in 2018. He finished the final year of his three-year, $1.717 million contract and made a base salary of $750,000 last season.