Adam Schefter reports that the Browns are signing LB Anthony Walker to a one-year, $3.5 million deal on Friday. 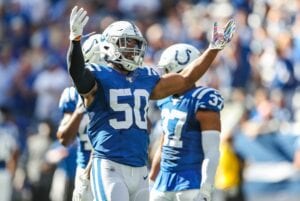 Walker, 25, is a former fifth-round pick of the Colts back in 2017. He signed a four-year, $2.7 million contract with Indianapolis and finished out the agreement this past year.

Walker is testing the open market as an unrestricted free agent for the first time in his NFL career.

In 2020, Walker appeared in all 16 games for the Colts and recorded 92 tackles, no sacks, an interception, a fumble recovery and five passes defended.