Doug Kyed of PFF reports that the Chargers are re-signing WR/return specialist K.J. Hill to their practice squad on Friday after he officially passed through waivers unclaimed. 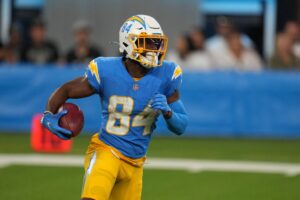 The Chargers will need to make a corresponding roster move, as they’re currently over the practice squad limit: