According to Adam Schefter, the Chiefs are signing veteran DT Brandon Williams to their practice squad on Tuesday. 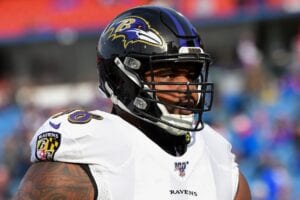 Schefter adds that Williams is being signed with “the idea” of being added to the active roster.

He played out the final year of his contract and has been an unrestricted free agent since March.

In 2022, Williams appeared in 13 games for the Ravens and recorded 35 tackles, four tackles for loss, one fumble recovery, and three pass defenses.