According to Ian Rapoport, the Dolphins are signing RB Malcolm Brown to the roster. 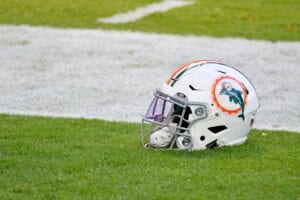 He’ll compete for a role as a rotational runner for Miami as they fill out their backfield.

Brown, 27, signed on with the Rams as an undrafted free agent out of Texas back in 2015. He was promoted from their practice squad later that year.

Los Angeles re-signed him to a one-year exclusive rights contract in the 2018 offseason. The Rams tendered Brown as a restricted free agent in 2019, then matched the Lions’ two-year, $3.25 million offer sheet to keep Brown.