The New York Giants are expected to sign DB Andrew Adams, according to Jordan Raanan. 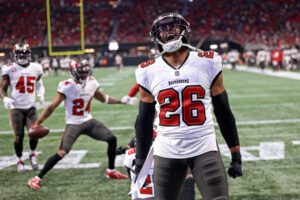 Adams figures to provide veteran depth in the team’s secondary and will compete for a spot on the team’s final 53-man roster.

Adams, 28, signed a three-year, $1.62 million contract with the Giants as an undrafted free agent out of Connecticut back in 2016. He was entering the final year of his contract in 2018 when New York elected to waive him as they trimmed their roster down to the 53-man limit coming out of the preseason.

Adams later signed with the Buccaneers but was not tendered a restricted offer in 2019. He later caught on with the Lions before returning to the Buccaneers.

From there, the Eagles signed to a one-year deal last offseason but ended up releasing him before the start of the season. Adams caught back on with Tampa Bay’s practice squad last year where he spent time on and off the team’s active roster.

In 2021, Adams appeared in 14 games for the Bucs and tallied 23 total tackles included one tackle for loss, and an interception.