Per Field Yates, the Jaguars have signed RB Ryquell Armstead off the Packers practice squad to their active roster. 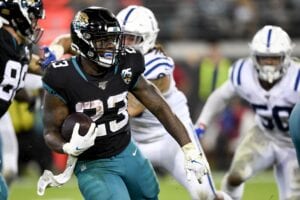 The Jaguars waived Armstead earlier this offseason and he had stints with the Giants and Saints before signing to the Packers practice squad.