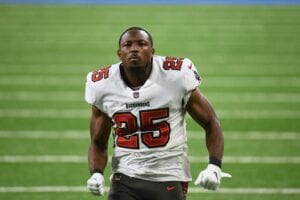 However, McCoy says he’s open to playing another season as long as it’s the right fit, which probably means signing with a contending team.

Last year, McCoy caught on with the Buccaneers right before the start of training camp, so it’s possible he could land with a running back-needy team later this summer.

McCoy, 33, is a former second-round pick of the Eagles back in 2009. After six years in Philadelphia, McCoy was traded to the Bills, who later signed him to a five-year, $40 million contract that included $20 million guaranteed.

McCoy was set to make base salaries of $6 million and $6.075 million over the next two years of the agreement when the Bills released him during the preseason in 2019. The Chiefs later signed him to a one-year deal.

After testing free agency again, McCoy signed a one-year deal with the Buccaneers during training camp.

We’ll have more on McCoy as the news is available.