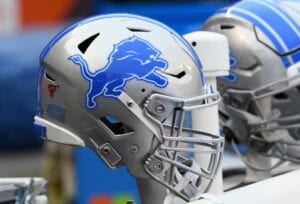 Campbell also confirmed they’re looking to trade LB Jamie Collins, so this could end up being his replacement.

Woods, 25, wound up going undrafted out of Maryland in 2018. He signed with the Bears following a tryout at rookie minicamp. However, he was waived coming out of the preseason and signed to the practice squad.

The Bears re-signed Woods to a futures deal for the 2019 season and he made the roster each of the past two seasons. The Bears had re-signed him to a one-year deal this past offseason before waiving him coming out of the preseason. Chicago re-signed Woods to the practice squad.

In 2020, Woods appeared in 15 games for the Bears and recorded 12 total tackles and a fumble recovery.