According to Mike Garafolo, the Detroit Lions are signing QB Steven Montez to their practice squad. 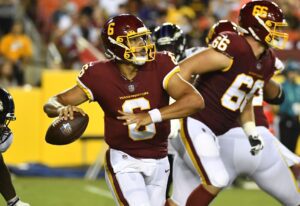 Montez, 24, originally signed with the Washington Football Team as an undrafted free agent out of Colorado after the 2020 draft. He was among their final roster cuts coming out of training camp in 2020 and quickly re-signed to the practice squad.

Montez bounced between Washington’s practice squad and active roster last season. He was active for three games in 2020 but has yet to appear in an NFL game.