According to Adam Schefter, Washington G Ereck Flowers restructured his contract as a part of the trade that sent him from Miami to Washington on Tuesday. 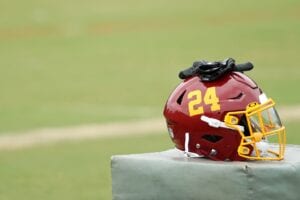 That wipes out a significant portion of the $8 million Miami was initially thought to be saving by making this move.

Flowers was traded from Miami to Washington for a swap of late-round picks just a year after leaving to sign a major free-agent deal with the Dolphins.

The Jaguars later signed Flowers to a contract and he finished out the year in Jacksonville. He signed on with Washington one a one-year, $4 million deal for the 2019 season before departing for a three-year, $30 million deal with $19.95 million fully guaranteed from the Dolphins in 2020.

Flowers was set to make base salaries of $8.975 million and $9.975 million over the next two seasons.

In 2020, Flowers started 14 games for the Dolphins at left guard and was rated by Pro Football Focus as the No. 32 offensive guard out of 80 qualifying players. 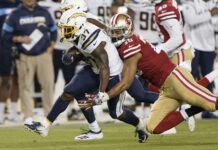