Bill Huber reports that the Green Bay Packers have re-signed LB De’Vondre Campbell to a five-year deal worth $50 million. 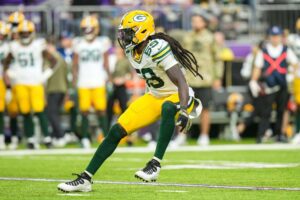 Campbell signed a one-year deal with the Cardinals in 2020 that was worth a maximum of $8 million. He later joined the Packers last summer.