Adam Caplan reports that the Patriots have signed veteran S Adrian Phillips to a three-year extension worth $12.75 million, with a max value of $14.25 million. The new contract also includes $7.25 million in guaranteed money. 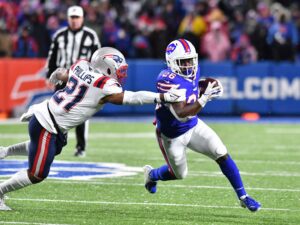 Phillips, 29, wound up signing on with the Chargers as an undrafted free agent out of Texas back in May of 2014. He was on and off of the Chargers’ practice squad before returning to Los Angeles on back-to-back one-year contracts.

After several seasons with the Chargers, Phillips signed a two-year, $6 million deal with the Patriots back in 2019.

In 2021, Phillips has appeared in 14 games for the Patriots and recorded 76 tackles, four interceptions, and one defensive touchdown.