According to Tom Pelissero, the Raiders are signing G Jordan Simmons off of the Seahawks’ practice to their active roster. 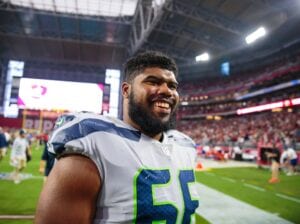 Simmons, 26, wound up going undrafted out of USC back in 2017. He later signed on with the Raiders, but was waived coming out of the preseason and later signed to their practice squad.

In 2020, Simmons appeared in 14 games for the Seahawks and made six starts at guard. Pro Football Focus had him rated as the No. 71 guard out of 80 qualifying players.