The Las Vegas Raiders are signing LB Blake Martinez, according to Jordan Schultz. 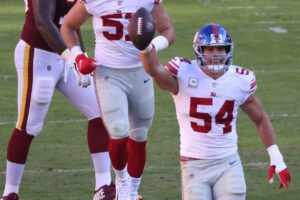 Martinez visited with the Raiders last month. It’s worth noting that he and Raiders DC Patrick Graham have a great relationship dating back to their time together in New York.