Adam Schefter reports that the Seahawks are signing DE Kerry Hyder to a three-year, $16.5 million contract that can be worth up to $17.5 million with incentives. 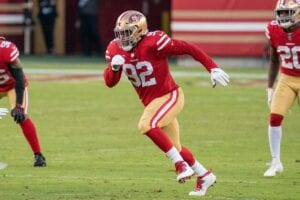 Hyder, 29, originally signed on with the Jets as an undrafted free agent out of Texas Tech back in 2014. He spent a year in New York before signing a future/reserve contract with the Lions in 2015.

Hyder returned to the Lions on a one-year, exclusive rights contract before he eventually signed with the Cowboys. From there, Hyder joined the 49ers last year on a one-year contract.