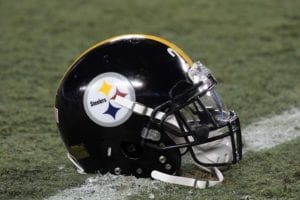 Alualu, 33, is a former first-round pick of the Jaguars back in 2010. He played out his rookie contract with the Jaguars before returning to the team on a two-year, $6 million contract in 2015.

He eventually departed Jacksonville in 2017 and agreed to a two-year, $6 million contract with the Steelers. Pittsburgh then re-signed him to another two-year deal.

In 2020, Alualu appeared in 15 games for the Steelers and recorded 17 tackles and two sacks.

Hilton, 27, originally signed on with the Jaguars as an undrafted free agent out of Mississippi State back in 2016 but was was among their final roster cuts his rookie year.

He joined the Patriots’ practice squad for a week before the Steelers added him to their taxi squad in December 2016 and re-signed him to three-straight one-year contracts. He later was tendered by the team as an unrestricted free agent in 2020 for $3.27 million.

In 2020, Hilton appeared in 12 games for the Steelers recording 51 tackles, three sacks, and three interceptions.