Free agent ILB Colin McCarthy announced his retirement from the NFL on Thursday.

Truly blessed to have played the game as long as I have!! To my family, friends, teammates and fans, Thank You!! pic.twitter.com/z5lu83TMxH

McCarthy, 27, is a former fourth round pick of the Titans back in 2011. He played out his four-year, $2,495,400 contract with the Titans before becoming an unrestricted free agent this year. 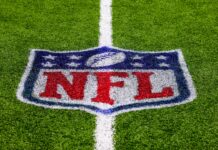