The New Orleans Saints brought in three players for tryouts on Thursday, according to Aaron Wilson. 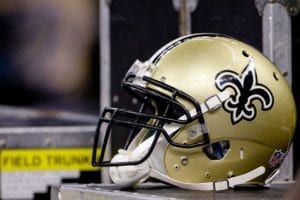 Wright, 28, is a former fourth-round pick of the Lions back in 2015. He lasted just over a year in Detroit before he waived at the start of the 2016 season.

The Browns later signed Wright to their practice and he finished out the year in Cleveland. Wright also had a brief stint with the Eagles before joining the Dolphins at the start of the regular season.

The Dolphins eventually chose to waive Wright after he got in a fight with RB Kenyan Drake and he was later claimed by the Raiders. After being cut loose coming out of the preseason, Wright had a brief stint on the Raiders’ practice squad before being waived prior to the start of the 2019 season.

In 2019, Wright appeared in five games in the XFL recording ten tackles with one and a half sacks.