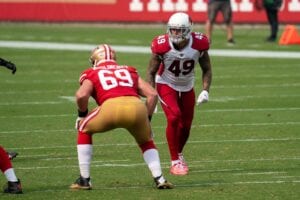 Fitts later signed on to the Cardinals’ practice squad before being called up to their active roster.

In 2020, Fitts has appeared in 13 games for the Cardinals and recorded eight tackles and a forced fumble.