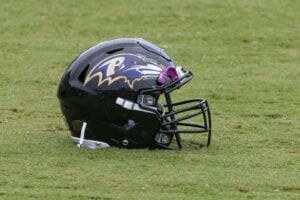 Fackrell, 30, is a former third-round pick of the Packers back in 2016. He played out the final year of his four-year, $3.1 million contract and then signed a one-year, $4.6 million deal with the Giants.

From there, Fackrell signed a one-year deal with the Chargers last offseason.

Fackrell was, once again, testing the open market as an unrestricted free agent this offseason when he signed a one-year deal with the Raiders in March. He landed on IR, though, and was cut with a settlement.

The Ravens signed Fackrell to their practice squad a few weeks ago.

In 2021, Fackrell appeared in 13 games for the Chargers. He picked up 16 total tackles including four tackles for loss and three sacks. He also forced one fumble, had a fumble recovery, and a pass defended.