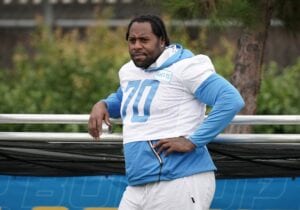 Last we heard regarding Turner, an NFL executive told Dan Duggan that Turner is looking for $2-$3 million to sign with a team.

The Chargers tried to trade Turner earlier this offseason but found no takers and ultimately released him.

Turner, 27 is a former third-round pick of the Panthers back in 2014. He was in the final year of his four-year, $2.79 million contract when he and the team agreed to a four-year, $45 million extension that included $20.5 million guaranteed.

The Panthers traded Turner to the Chargers in 2020 for LT Russell Okung. He stood to make a base salary of $8.5 million in 2021 when he was released.

In 2020, Turner appeared in nine games for the Chargers, making nine starts for them at guard. Pro Football Focus had him rated as the No. 79 guard out of 80 qualifying players. 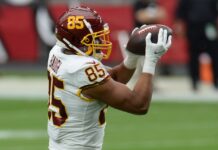