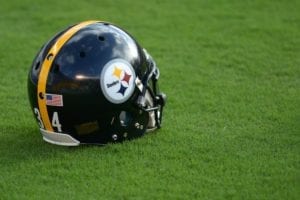 Here’s the updated list of candidates for the Steelers’ GM job:

Hortiz, 47, is in his 19th season with the Ravens and seventh as Baltimore’s director of college scouting. He joined the organization in 1998, spent eight years as a scout before becoming a national scout for three seasons.

He was promoted to director of the college scouting in 2009 before becoming Baltimore’s director of player personnel in 2015.

He joined the Rams in 2012 as their director of player personnel before leaving for his current job with the 49ers as the director of pro personnel in 2017.

We’ll have more information on the Steelers’ GM search as the news is available.