The Baltimore Ravens have requested to speak with Saints DB coach Kris Richard for their vacant defensive coordinator position, according to Ian Rapoport. 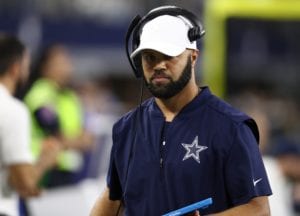 Richard has also drawn interest from the Steelers for their defensive coordinator vacancy.

However, if the Saints end up promoting Dennis Allen to head coach, Rapoport says Richard could be retained as part of his defensive staff.

Richard, 42, began his coaching career with the Seahawks back in 2008 as a graduate assistant. He worked his way up to defensive in 2015 and spent the three seasons in charge of the Seahawks’ defense before parting ways in 2017.