Per the NFL transactions wire, the San Francisco 49ers signed WR KeeSean Johnson to a futures contract on Wednesday. 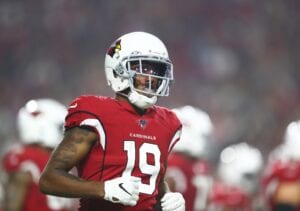 Johnson, 25, is a former sixth-round pick of the Cardinals back in 2019. He was entering the third year of his four-year, $2.7 million contract with the Cardinals when the team waived him coming out of the preseason and he quickly caught on with the Eagles’ practice squad.

In 2020, Johnson appeared in eight games for the Cardinals and caught 15 passes for 173 yards receiving and no touchdowns.