According to Adam Schefter, the Bears are finalizing a deal with Chiefs director of player personnel Ryan Poles to be their next general manager. 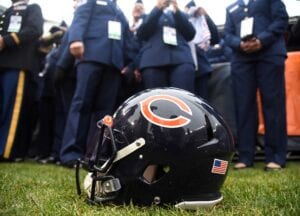 Poles was in Chicago today interviewing with the Bears and was scheduled to interview with the Vikings tomorrow, so there was pressure for the team to not let him out of town.

Chicago’s long search for a new GM comes to a close after the team interviewed the most candidates of any team with a vacancy this year, including:

Poles, 36, joined the Chiefs as a scouting assistant in 2009. He’s risen through the ranks, becoming the director of college scouting in 2017 and adding assistant director of player personnel to his title in 2018.

He was also considered a finalist for the New York Giants general manager job, but they hired Joe Schoen on Friday.