Ian Rapoport of NFL Media reports that the Raiders have informed GM Mike Mayock that he will not be retained moving forward. 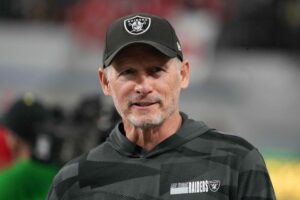 The Raiders have already announced that they’ve parted ways with Mayock:

“We have relieved Mike Mayock of his duties as General Manager of the Las Vegas Raiders. We thank Mike for his contributions over the last three years in helping to form the foundation for the franchise to build upon in its future.”

Indications were that Mayock was going to be out in Las Vegas and reports later mentioned that the Raiders were lining up GM interviews with candidates.

The Raiders are expected to meet with Patriots director of player personnel Dave Ziegler and Colts assistant GM Ed Dodds for the job among others.

Mayock was hired by former HC Jon Gruden and was clearly on the hot seat entering the season. The Raiders’ drafts under Mayock were largely underwhelming, but it’s hard to say which picks were his and which ones were driven by Gruden. Either way, the results weren’t strong enough to survive for another season.

Mayock, 63, played a few years in the NFL for the Steelers and Giants. He began his broadcasting career in 2005 with the NFL Network and has worked for a number of other networks calling games.

Mayock didn’t have any personnel experience for NFL teams but was a widely respected draft analyst when he was hired by the Raiders as general manager in 2019.

In three years with the Raiders, Mayock posted a record of 25-24, which included one playoff appearance.