According to Adam Schefter, the Broncos are placing CB Ronald Darby on injured reserve with a hamstring injury. 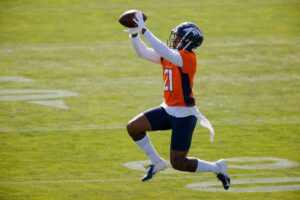 Mike Klis reports that the Broncos are promoting CB Nate Hairston to their active roster on Tuesday and signing CB Rojesterman Farris to their practice squad.

The Broncos signed Darby to a three-year, $30 million contract with $19 million fully guaranteed this past March.

In 2021, Darby has appeared in one game for the Broncos and recorded six tackles, no interceptions and one pass deflection.

Hairston has been on and off of the Broncos’ roster ever since.