According to Scott Petrak, the Browns signed RB John Kelly to a futures deal on Wednesday. 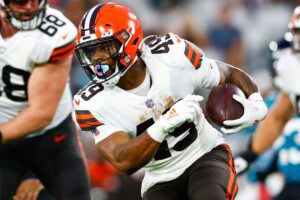 In 2021, Kelly appeared in four games for the Browns and rushed twice for 13 yards.