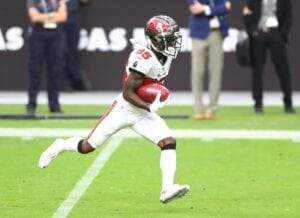 The Bucs waived Mickens this summer before re-signing him soon after.

In 2020, Mickens has appeared in nine games for the Buccaneers and caught seven passes for 58 yards receiving and no touchdowns. He has also totaled 289 kick return yards and 99 punt return yards.

Todd Monken Interviewing With Bucs On Tuesday For OC Position