The Arizona Cardinals are signing DL Antwaun Woods to a one-year deal, according to Adam Schefter. 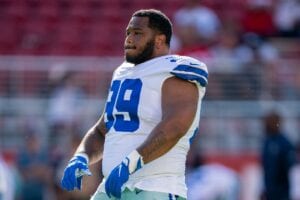 Woods, 29, signed with the Titans as an undrafted free agent out of USC back in 2016. He was among their roster cuts coming out of the preseason during his rookie season before later being signed to the Titans’ practice squad soon after.

Dallas tendered Woods as a restricted free agent for $2.183 million for the 2021 season but ended up waiving him after the draft. The Colts then signed Woods to a one-year, $920,000 deal, but ultimately released him coming out of the preseason.

Woods was on and off the Colts active roster last season. He became an unrestricted free-agent in March.

In 2021, Woods appeared in one game for the Colts and recorded two total tackles.