According to Aaron Wilson, the Chargers are placing LB Drue Tranquill on the COVID-19 list. 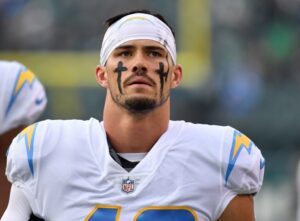 In 2021, Tranquill has appeared in seven games and recorded 41 tackles, three tackles for loss, and 0.5 sack.