Mike Garafolo of NFL Media reports that the Chargers are signing veteran OL Oday Aboushi to a one-year, $$1.75 million contract. 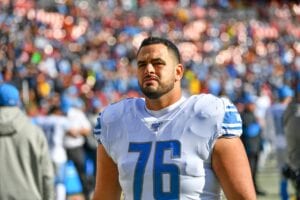 Aboushi, 29, is a former fifth-round pick of the Jets back in 2013. He spent two years in New York before he was cut loose and later claimed off waivers by the Texans a few weeks into the 2015 season.

Aboushi later had stints with the Seahawks, Raiders and Cardinals before signing a one-year contract with the Lions 2019. Detroit brought him back on a new contract last year.

In 2020, Aboushi appeared 16 games for the Lions, making eight starts for them at guard.