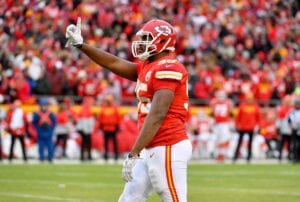 Jones, 26, is a former second-round pick of the Chiefs back in 2016. He just finished the final year of his four-year, $6.231 million contract and made a base salary of $1.19 million in the final year of the agreement.

The Chiefs franchised Jones before eventually signing him a four-year, $85M extension that includes $60 million guaranteed this past summer.

In 2020, Jones has appeared in seven games for the Chiefs and recorded 22 tackles, 4.5 sacks, two forced fumbles and a pass defense.