The Kansas City Chiefs officially placed DB Armani Watts on the PUP list and DL Malik Herring on the non-football injury list on Saturday, according to Aaron Wilson. 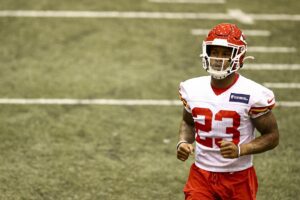 Both players count against the Chiefs’ 90-man roster and can be activated at any time.

Watts has spent his entire career in Kansas City.

In 2020, Watts started 16 games for the Chiefs, collecting 17 total tackles and one pass defended.

Herring was drafted in the fourth round by the Chiefs in this past draft, and signed a three-year, $2.45 million deal.