The Kansas City Chiefs announced that they are signing former first-round pick CB Damon Arnette to a futures/reserve contract for next season. 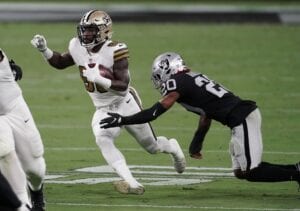 A futures deal is essentially a non-guaranteed contract that will give a player the chance to come in and compete during training camp for the upcoming season.

Arnette, 25, was a three-year starter at Ohio State and earned second-team All-Big Ten honors before being selected by the Raiders with the No. 19 pick in the draft in 2020.

Las Vegas elected to cut him loose when it was discovered he was facing multiple lawsuits due to a car accident and threatening someone with a firearm. He later caught on with the Dolphins practice squad during the 2021 season.

For his career, Arnette has appeared in 13 games for the Raiders and recorded 29 total tackles, no interceptions, and three pass defenses.