According to Ian Rapoport, the Chiefs have signed RB Elijah McGuire to the practice squad. 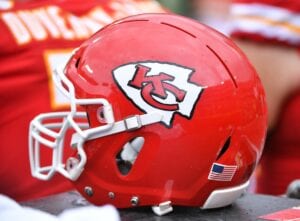 This gives Kansas City a little more depth at running back following the injury to Clyde Edwards-Helaire Sunday night. McGuire is also a familiar space, having spent time with the Chiefs recently.

McGuire, 27, is a former sixth-round pick of the Jets back in 2017. He was in the third year of his four-year, $2.66 million contract when the Jets waived him coming out of the preseason.

The Browns signed McGuire to their practice squad and promoted him before being waiving him and re-signing him to their taxi squad. Cleveland cut him loose during the season and he eventually caught on with the Chiefs to finish out the season.

McGuire had a short stint on the Cowboys practice squad early in 2020 before joining the Chiefs late last season. He returned on a one-year deal for 2021 but was placed on IR during camp and later cut with a settlement.

In 2018, McGuire appeared in eight games for the Jets and rushed for 276 yards on 92 carries (3 YPC) to go along with 19 receptions for 193 yards receiving and four total touchdowns.