Michael Gehlken reports that the Cowboys are restructuring the contract of G Zack Martin, along with that of QB Dak Prescott. 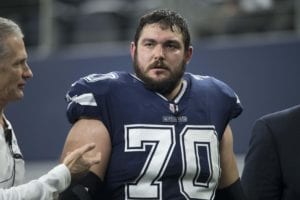 Gehlken mentions that two voidable years are expected to be added to Martin’s deal which will increase the team’s cap savings.

Martin, 31, is a former first-round pick of the Cowboys back in 2014. He was in the final year of his four-year, $8.967 million contract when the Cowboys picked up his fifth-year option for the 2018 season.

Martin was set to make $9.341 million for the 2018 season when he agreed to a six-year, $84 million extension that included $40 million guaranteed.

In 2021, Martin appeared in and started 16 games for the Cowboys at both guard spots.