According to Jordan Schultz, Cowboys S Jayron Kearse has a sprained MCL and is expected to miss a few weeks. 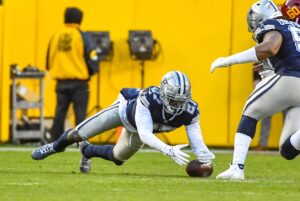 Kearse left Sunday night’s loss to the Buccaneers with a knee injury but fortunately appears to have avoided being hurt more seriously.

He’s a candidate to go on injured reserve and return later in the season.

Kearse, 28, was drafted by the Vikings in the seventh round out of Clemson in 2017. He played out his four-year, $2.4 million rookie deal. The Lions signed Kearse to a one-year, $2.75 million deal but was suspended for the first three weeks of the 2020 season after violating the league’s substance-abuse policy.

Detroit elected to cut Kearse loose back in December of last year and he quickly signed with the Ravens’ practice squad. The Cowboys signed him to a one-year deal last offseason and re-signed him again in 2022.