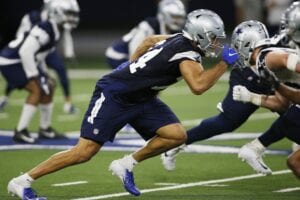 Jelks wound up being placed on injured reserve coming out of the preseason and missed his rookie season.

During his college career at Oregon, Jelks recorded 155 tackles, 15.5 sacks, an interception, a forced fumble, a recovery and 11 passes defended.