Free agent G David DeCastro tells Joe Starkey of the Pittsburgh Post-Gazette that he will need a third surgery on his ankle after dealing with bone spurs most of last year. 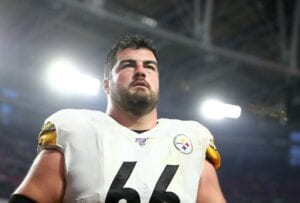 “I have to get surgery on my ankle a third time,” DeCastro said. “I tried to fix it last year, but the bone spurs kept coming back. It nagged me pretty bad all last year.”

DeCastro underwent surgery on his ankle before last season.

When asked if he wants to continue his career, DeCastro left the door open to retirement.

“Gotta see how the surgery goes,” DeCastro said. “But I’d have no problem calling it a day and moving on with my life.”

Jim Wexell of Steel City Insider asked DeCastro when he realized that he needed the follow-up ankle surgery.

“Yeah, just recently,” DeCastro explained. “I gave it some time. I didn’t start working out on it until the month before. I let it rest, but I got the MRI at minicamp and was waiting on the doctor’s opinion on what to do at minicamp. He came back and said I needed surgery.”

DeCastro, 31 is a former first-round pick by the Steelers back in 2012. He was entering the final year of a six-year, $58.07 million contract that included a $16 million signing bonus and was set to earn a base salary of $8.75 million in 2021 when the Steelers released him.

In 2020, DeCastro started 13 games for the Steelers and was graded by Pro Football Focus as the No. 28 overall guard out of 80 qualifying players.