According to Tom Pelissero, the Dolphins are signing veteran OT Kendall Lamm to their practice squad. 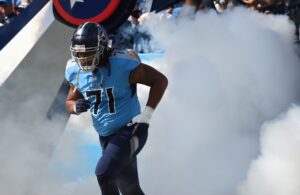 Lamm, 30, originally signed on with the Texans as an undrafted free agent out of Appalachian State back in 2015. He played out the final year of his four-year rookie contract and was testing the open market when he agreed to a two-year contract worth over $7 million with the Browns in 2019.

Lamm signed with the Titans on another two-year deal worth about $8.5 million in 2021.  He recently worked out for the Colts and the Giants before being signed to the Lions’ practice squad.