Mike Garafolo of NFL Media reports that Dolphins franchise TE Mike Gesicki is likely to play on the franchise tag this season. 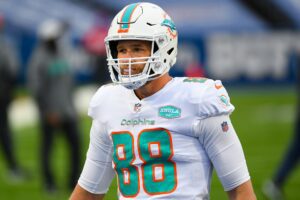 According to Garafolo, the Dolphins have not “really engaged in contract negotiations” up to this point with Gesicki.

Gesicki will make $10.9 million fully guaranteed in 2022 under the tag. The two sides have until July 15 to negotiate a long-term deal.

Gesicki will be an unrestricted free agent in 2023.