Tom Pelissero reports that the Eagles have claimed CB Andre Chachere off waivers from the Colts on Thursday. 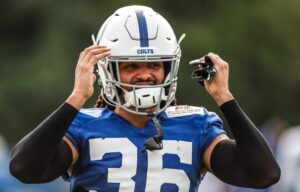 Andre Chachere, 25, wound up going undrafted out of San Jose State back in 2018. He later signed on with the Texans, but lasted just a few months in Houston.

From there, Chachere had brief stints with the Lions, Cardinals and Panthers before signing on with the Colts last year. Indianapolis brought him back on a futures contract before waiving him on Wednesday.

During his college career at San Jose State, Chachere recorded 122 tackles, one sack, seven interceptions, three forced fumbles, a recovery and 26 pass deflections over the course of four seasons and 38 games.