David Canter, the agent for veteran LB Tim Dobbins, announced via his Twitter account Wednesday night that his client has agreed to terms with the Falcons.

The Falcons actually hosted Dobbins for a visit last week and have shown interest in multiple free agents including Jonathan Vilma since Sean Weatherspoon unfortunately went down with a season-ending injury.

Dobbins, 31, last played for the Texans, but after signing a one-year contract with the team last April, he lasted only until October before being released.

He has dealt with some hamstring issues, but after sitting out most of the 2013 season, I’m sure they are no longer a problem. 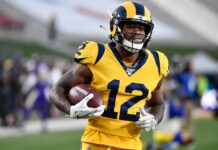 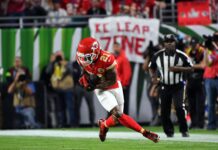 Chiefs Re-Signing CB Bashaud Breeland To One-Year Deal Worth Up To $4.5M

183,856FansLike
7,623FollowersFollow
274,390FollowersFollow
© NFLTradeRumors.co is an independent news source and has no affiliation with the National Football League (NFL), NFL.com, or any team(s).
wpDiscuz