According to Tom Pelissero, the Falcons are signing WR/KR Jeff Badet to a contract on Wednesday. 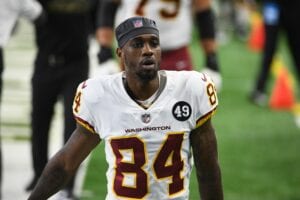 Pelissero adds that Atlanta brought Badet in for a workout earlier today, so they were clearly impressed enough to quickly get a deal done.

Badet, 26, signed with the Vikings as an undrafted free agent after the 2018 draft. He spent the entire 2018 season on the Vikings’ practice squad and returned to Minnesota on a futures contract in 2019.

In 2020, Badet appeared in three games for Washington. He is yet to record a reception in the NFL.