Ian Rapport reports that the Falcons and T Matt Gono mutually agreed on his release today. Rapoport adds that while his contract is expiring, the team is allowing him to test the market early after his recovery from shoulder surgery. 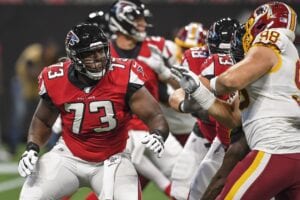 Gono, 24, signed with the Falcons as an undrafted free agent out of Wesley College in 2018. He signed a three-year, $1.71 million contract and made Atlanta’s roster each of his first three seasons.

The Falcons tendered Gono at the second-round level as a restricted free agent in 2021. He made a base salary of $3.384 million.

In 2020, Gono appeared in all 16 games for the Falcons and made four starts.